Games Workshop are the publisher / owner of White Dwarf magazine and their store adverts were in every issue in various different styles right from the start. I don’t really have any real personal connection with their stores, but it’s great to see the progression from the start as they grown and expand their shops across the country. Here’s a selection of the most interesting adverts from White Dwarf.

Interesting to see computer / console games appear so early on! 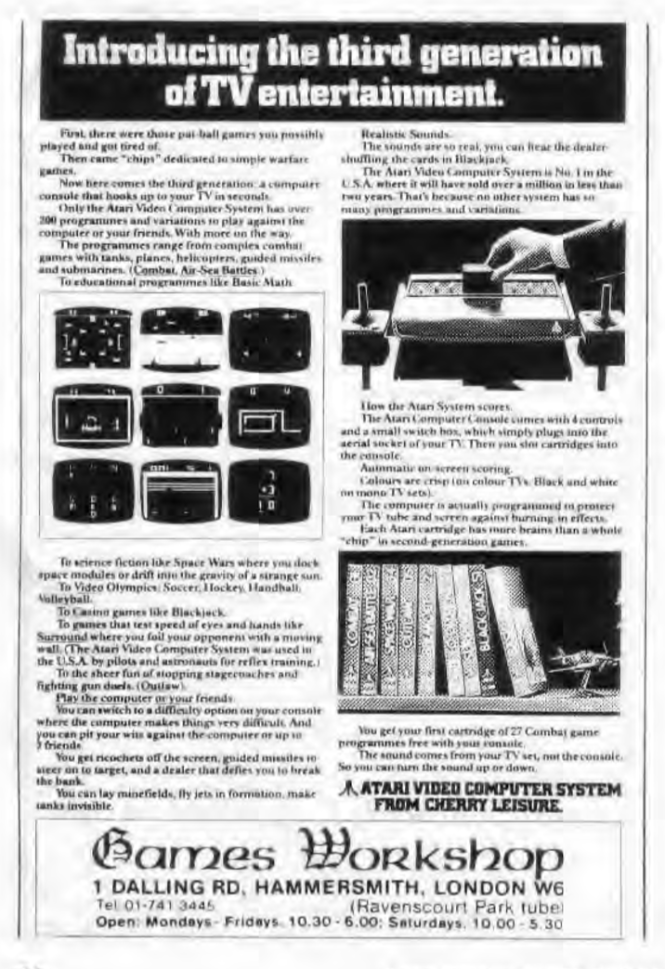 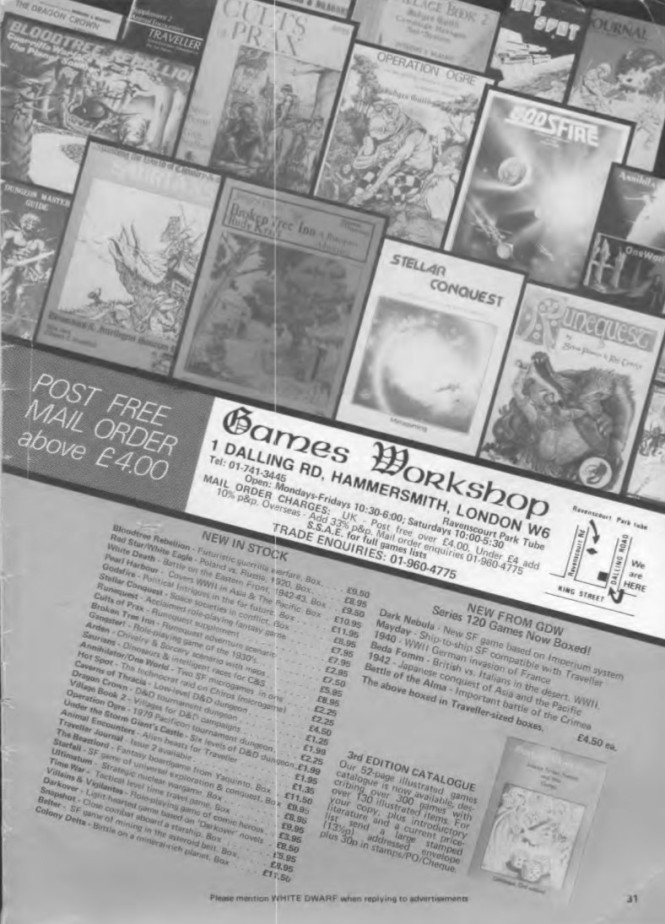 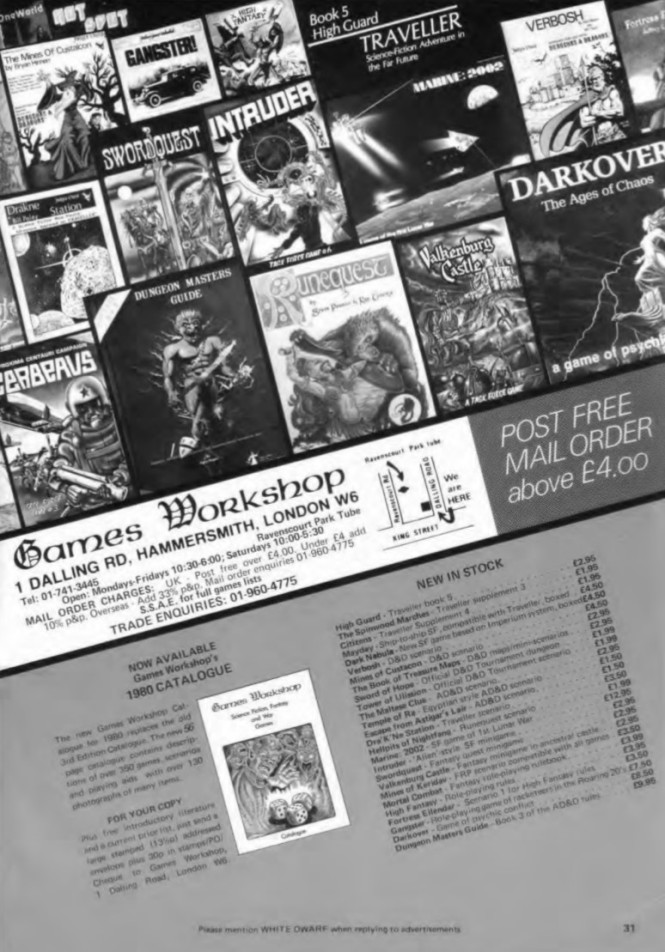 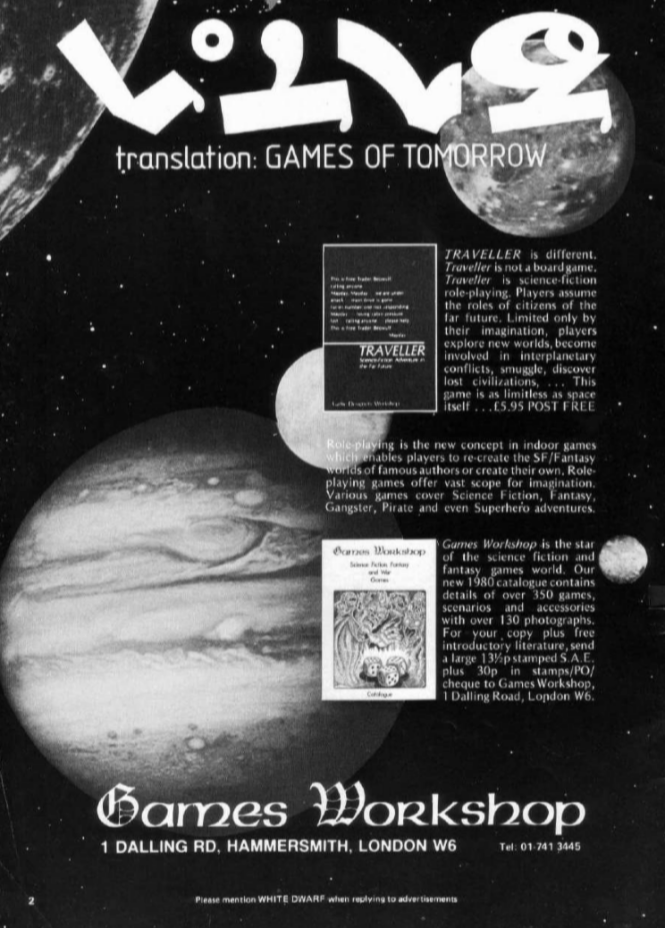 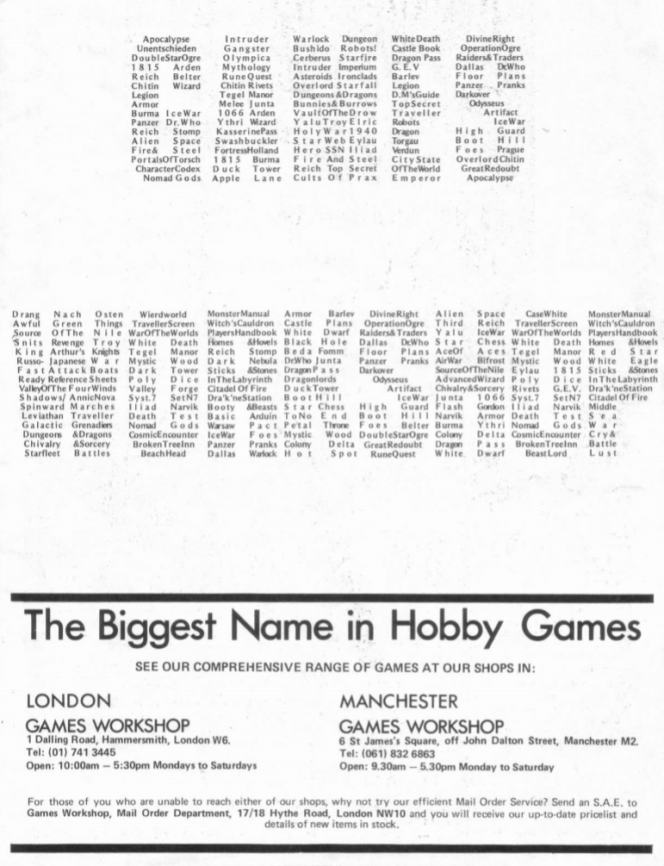