Yes that’s right, today we’re taking a look at the very rare 1978 board game based on George A. Romero’s all time classic zombie film Dawn Of The Dead. How we found out that this game existed is a prime example of how we find a lot of things we use for The Duke, simply by constantly digging and questioning things.

I’d found an old 1980s cult film fanzine and was reading through it, one of the features was the zine editor’s want list of films and various other things. Now want lists are great ways to find out about other obscure items, if something is interesting enough to make it onto someone’s list, then it’s always worth checking out what it actually is, at least you’ll know about it even if you can’t find it yourself.

So amongst this want list were two things that at first I thought had to be jokes, but in fact turned out to be real: board games for Escape From New York and Dawn Of The Dead. Quite amazing to see those two mentioned in writing like that and amazing that I’d not heard about either of them existing previously. But no one knows everything, hence why it’s always important to keep reading and trying to find out as much as possible. 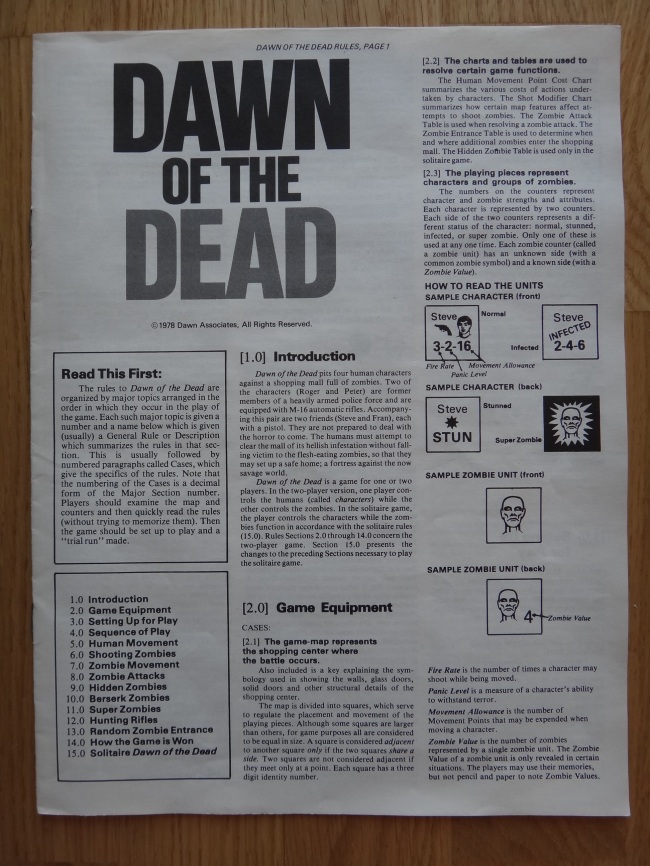 So a quick dig around online revealed that both of these actually existed, which if course then lead to trying to find them for sale. So skipping forwards we can let you know that both of those games now sit within the Duke archives and today we’ll show you the quite amazing Dawn Of The Dead game. Actually it’s amazing in two different ways, firstly the box just looks super cool and it’s a fantastic thing to have no your shelf. The second way that it’s amazing is that it’s amazingly complicated to play, so complicated in fact that only we gave up trying to figure it out on the one time we sat down and tried to play it.

The game actually owes more to strategy games really then board game and it’s really tricky to get your head around the rules, we should probably stick with it, then we’d figure it out, but to be honest it seemed to opposite of fun the first time we tried it out.

The game isn’t that hard to get hold of, as it’s so collectable it does pop up on ebay quite often, though the price seems to have gone up recently, we picked ours up for what seems like a great deal now compared to some of the prices people want for it.  So take a look at the pictures and enjoy the fantastically vintage look of the whole thing. 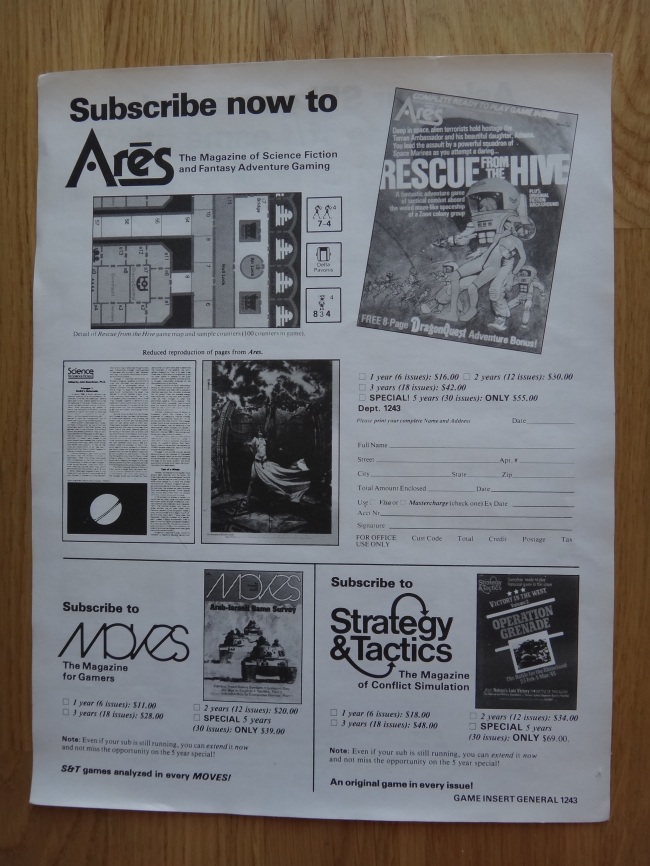