Next up from our Starburst raid are these classic adverts for London’s first comic book shop – Dark They Were And Golden Eyed. Another great London store that I wish I could have paid a visit to, but sadly according to the Wiki page it actually closed down in 1981. 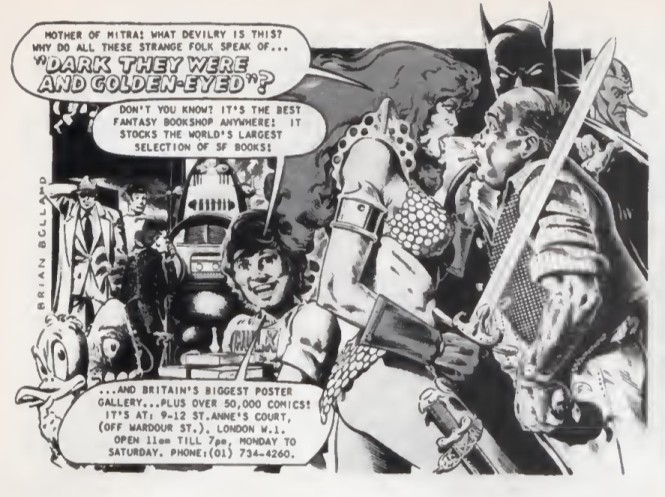