It’s nearly time for FrightFest 2015 and we’ll be back taking over one of the Discovery Screens for a  double bill of film chaos including hosting The Late Night Film Party. So to get your all ready for 5-days of back-to-back films here’s our Top 5 films to watch over the weekend, each of these is 100% Duke approved!

5) Curtain: If Henenlotter ever needed an heir; Jeron Henrie-Mcrea might just be what he’s looking for. Mixing lo-fi, lo-budget charm with an impressive determination to craft a world with its very own rules, ‘Curtain’ defines the best of low-budget making. See it now and be one of the first discover a major upcoming talent whilst also getting lost in the weird esotericness that is this film.

4) Final Girl: It’s time someone took the classic girl in peril formula, gave it a good beating and then put it through the grinder: meet Final Girl, a new film from photographer turned filmmaker Tyler Shields – blessed with brilliant acting, drop dead gorgeous to look at AND completely revisionist in its approach, this short but sweet punch to the temple will both shake you and leave you gasping for more.

3) Deathgasm: Take heavy metal, Peter Jackson and a spirit of can-do and the mix you have spells ‘Deathgasm’. A throwback to the low-budget high-spirit genre comedies of yesteryear, this is one midnight film which will both make you laugh with its unique brand of silliness and blow your mind with its outrageous gore and special effects, an overall winner and the most likely to please an audience.

2) Rabid Dogs: How do you remake one of the most downbeat, sleazy and brilliant films in the history of cinema? Why, you keep the basics and turn everything else up to 20, of course. Director Eric Hannezo‘s stylish, heart-pounding take on the Bava classic is a noir/giallo ride for the modern century with a kick-ass synth soundtrack to boot which cleverly and carefully utilises the original theme to great effect. Involving several stand-out sequences including one pagan ceremony straight out of Wicker Man, this is brilliant, audacious invention of the highest kind. Simply put, you owe it to yourself to experience Rabid Dogs on the big screen.

1) Remix, Remake, Rip-Off: It might at first seem like nepotism to put our own screening at number 1 but ‘Remix, Remake, Rip-Off’ really is one of the best documentaries you’re likely to ever see about genre cinema: imagine a country in political turmoil whose burgeoning cinema delved head-first into the crazy waters of genre films in order to satisfy a demanding audience and you’ve got the starting point for this crazy journey of film which will not only introduce you to some of the most inventive, funny and downright mad filmmakers you’re ever likely to see but also will give you an even bigger appreciation for all those classics we take for granted. Mad, bad and dangerous to know, Remix Remake Ripoff will twist your head, blow your mind and explode your expectations. A must-see! 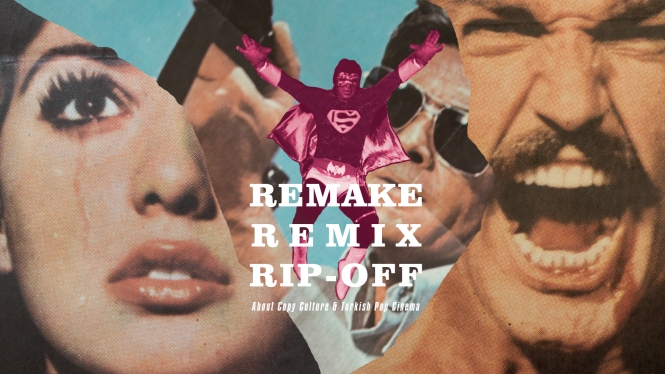