Recently I got hold of the first issue of the long running London listings magazine City Limits, this premiere issue was launched in October 1981 with the magazine being put together by a collective of staff that had previously worked at Time Out. What I want to look at here is the amazing cinema section, which did a great job of covering the huge amount of screenings that were happening at that time in our city. So let’s start with the very striking and bold first issue cover: 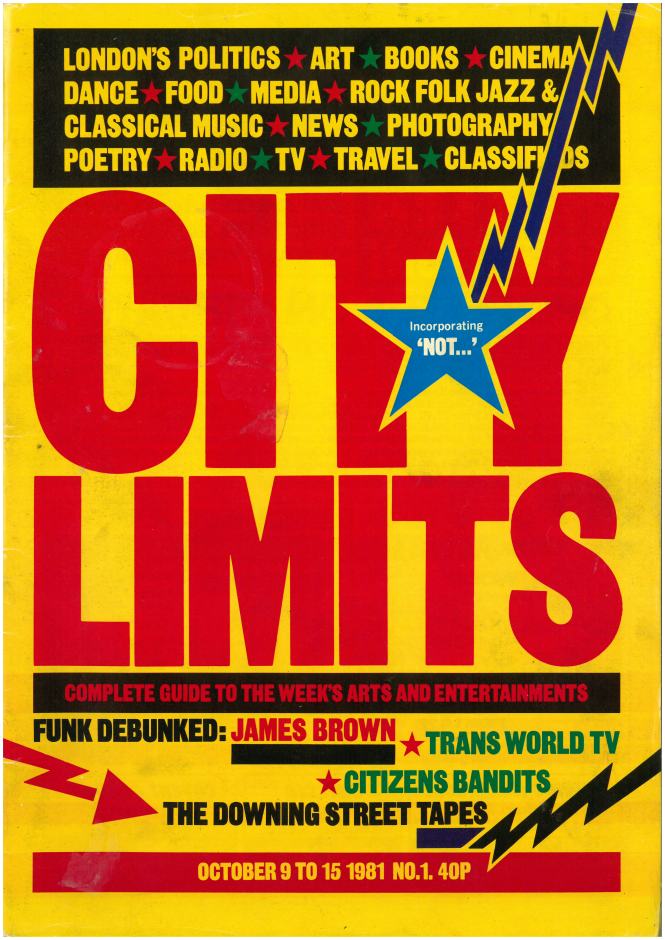 Recent releases and still playing include a fantastic selection of titles that have gone on the stand the test of time, including Duke favourite Babylon, John Carpenter’s Escape From New York and The Fog, The Long Good Friday and Raiders Of The Lost Ark: 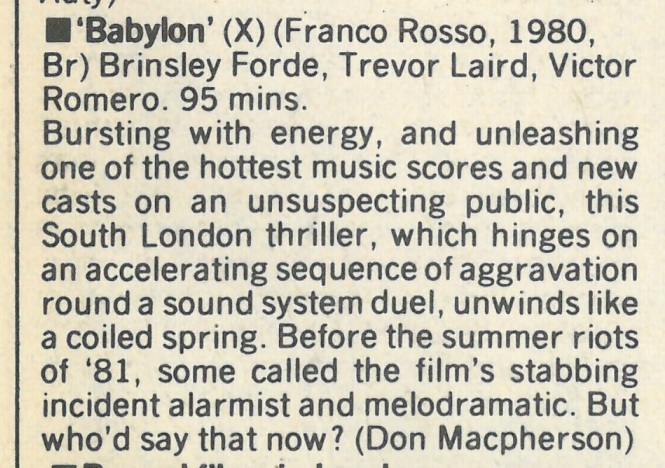 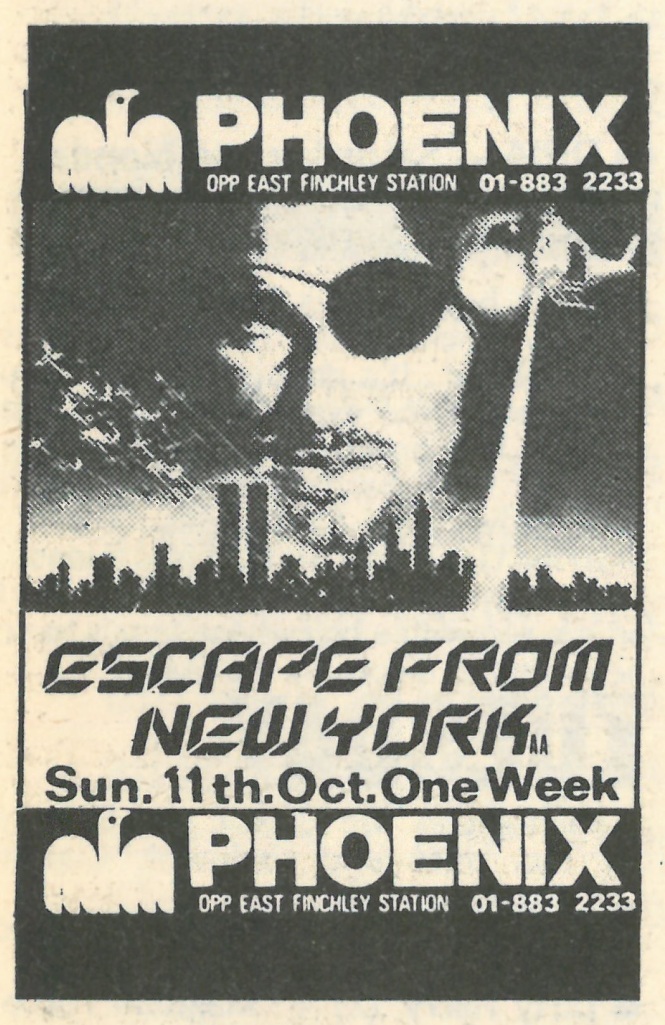 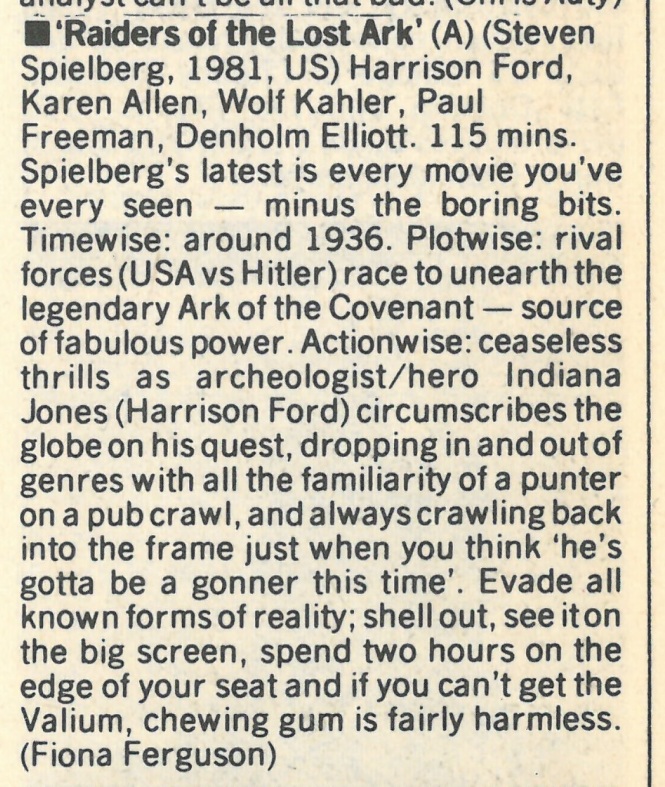 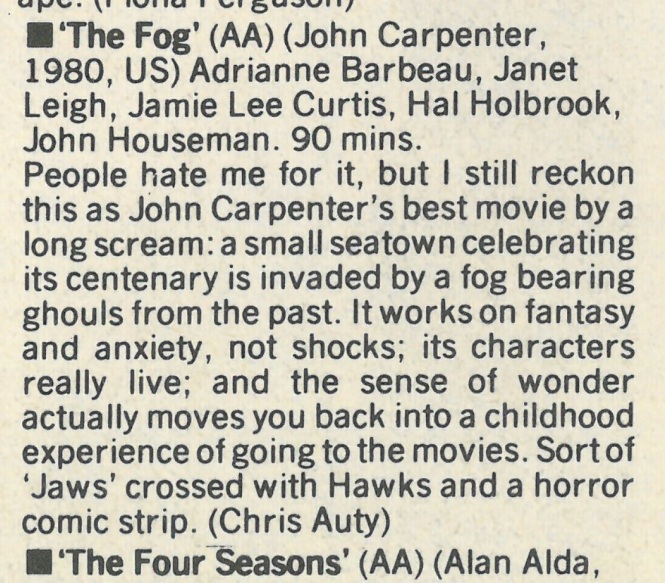 There’s a huge selection of rep screenings, George Romero’s Night Of The Living Dead even gets its own image:

Of course it wouldn’t be a London cinema article without a mention of the beloved Scala Cinema, so here’s a look at what was playing that week:

The Ritzy cinema in Brixton were having a tribute season the great Peter Sellers, who had died the previous year:

Proof that free screenings have been going on for decades there was a great offer of free tickets to see Jonathan Demme’s great slice of Americana – Citizens Band.

One thing that really stands out is the sheer amount of Late Night Screenings, there’s an entire page dedicated to these and they’re not just at weekends, you could watch late night films seven days a week back then. What happened to all these late screenings, did video and TV kill them off? Were people more adventurous back then and wanted to stay out late? Here’s a look what was playing late night that week: 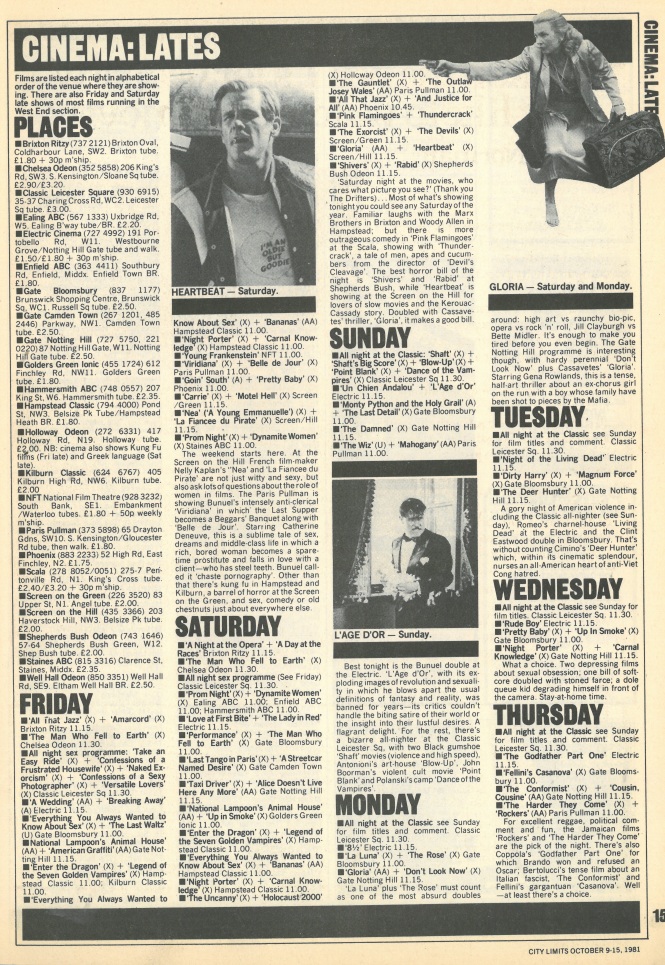 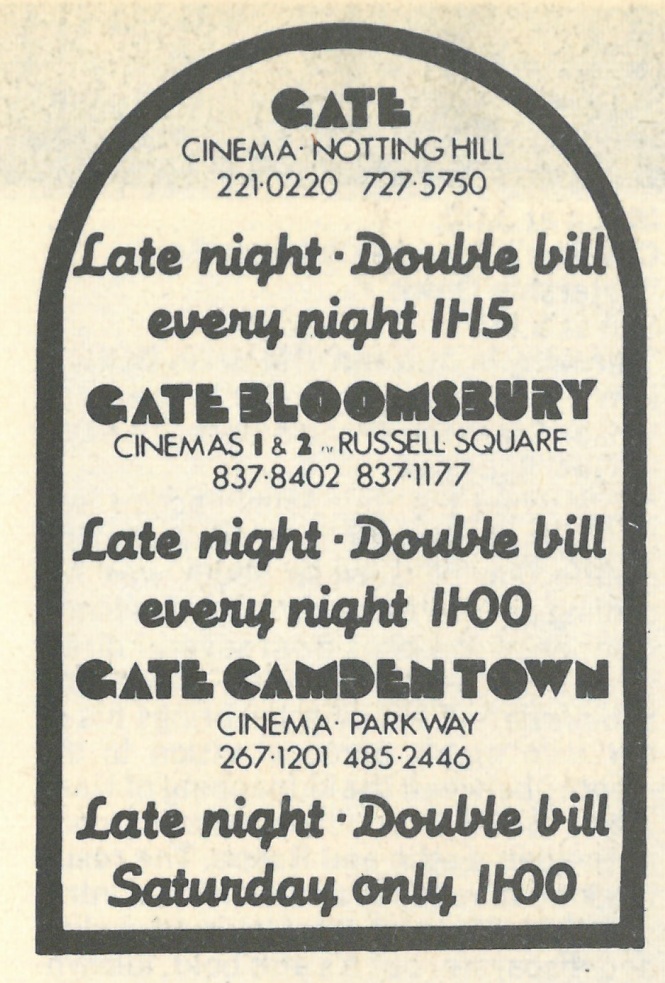 And here’s a final set of late night double bills that I think we could have all got behind:

So that was the state of London cinema back in October 1981, fascinating to see how things have changed and so great to compare the differences to now, I don’t think any era is better of worse, they both have their ups and downs. I do love the thought that in 35-years time someone might get hold of a vintage issue of Time Out and wonder just what the hell The Duke Mitchell Film Club was all about. We’ll see you in the front row film friends…