In the week that sees the release of the ultimate Twin Peaks video box set that’ll ever grace our shelves, we’re taking a look at another essential item in anyone’s Twin Peaks collection – the 1991 UK produced board game!

Released with little to no fanfare back in 1991 I stumbled across this while browsing in Forbidden Planet one day, that was when it was situated on New Oxford Street after the move from Denmark Street. Down in the basement was where they kept a lot of film related toys and figures, mingled in amongst everything else was this eye catching great looking box, looking very Twin Peaks like with it’s well designed box art. 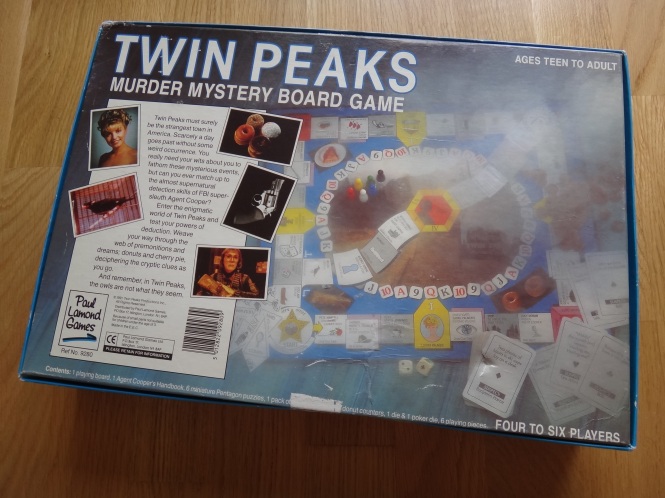 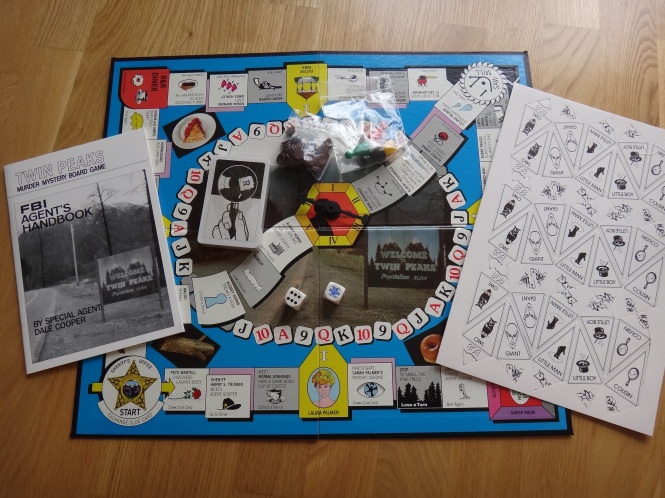 What’s interesting about the game is that when you look at it and the contents you’ll notice a distinct lack of any character images from the film, meaning that the games creator’s probably only got permission to use the name of the show and not any of the characters featured in it. Which is a shame as pictures of Copper, Laura and the rest of the cast would have been a good extra to have featured. But the designers have done a good job with the look of the box and the board; sadly the same can’t be said for the actual gameplay itself. 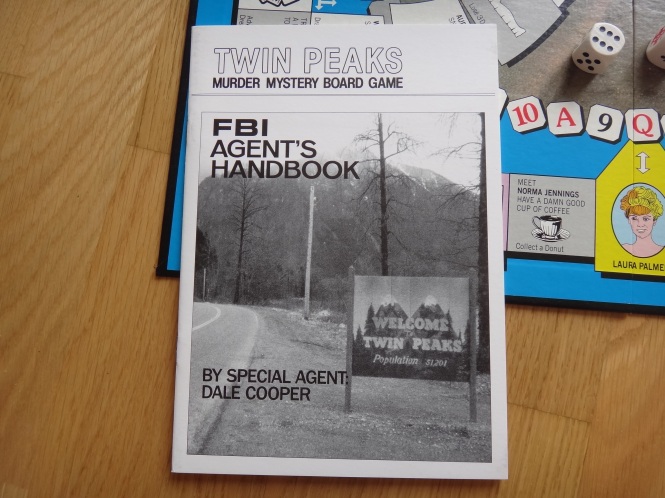 To be honest I’ve never actually played the game, in fact parts of it I’ve never even opened, that’s simply due to the fact that the rules make it seem like one of the most anti-fun games I’ve ever come across. The rules seem so complicated and convoluted that I could never work up the desire to actual sit down and play the thing; the rules had the same effect on anyone I showed them to. Though hats off the original creators for actually trying to create something that incorporated elements from the show, it’s just it didn’t turn out to be very fun, or sell itself very well. 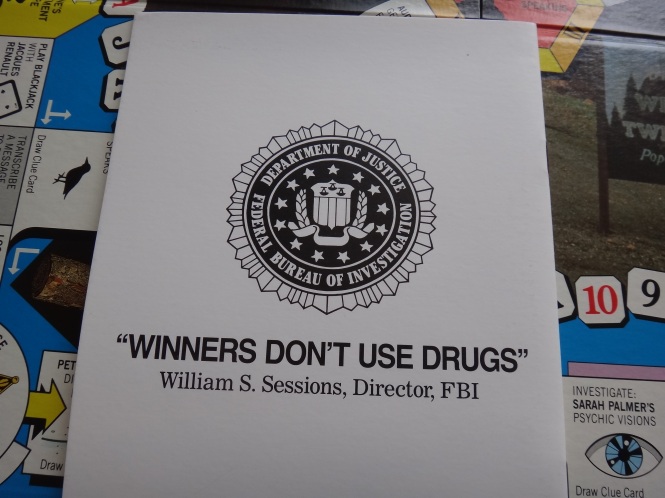 But we do have the great looking box to enjoy and seeing as the game was a UK creation it’s not that hard to pick it up on ebay UK, though prices vary wildly so it pays to be patient as most people greatly over-value the price of this set.