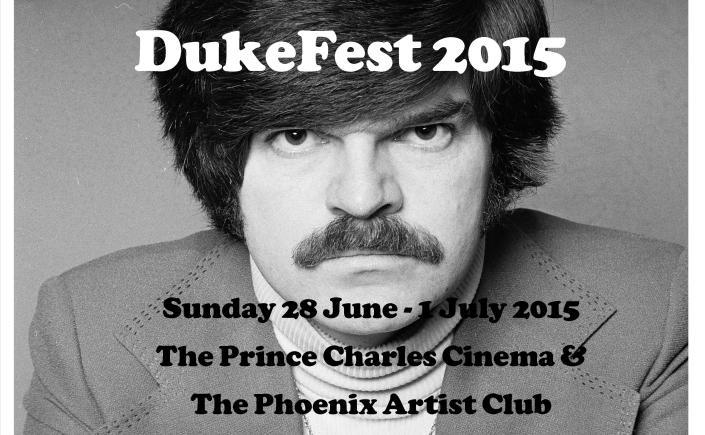 After an incredibly successful festival in 2014 (not to mention crazy and fun!) we are bringing our own brand of movie madness back for 2015.

With two premieres, more VHS experiments, a worldwide search for the best Found Footage clips and more, 2015 is sure to blow your head off!

Detective Inspector Nick Cafmeyer is called into to investigate the case of a husband and wife discovered impriosened within their own home: dehryated, badly beaten, both close to death. But worse their young son is missing.
As the Inspector digs deeper into a case that reaches far back into time, he is about to come face to face with a culprit who is strangely linked to his own past – namely the unsolved case of the disappearance of his own brother.
This year, Dukefest is proud to announce ‘The Treatment’ as their opening movie: it’s no exaggeration when we say that this is the most nail-biting, dark and unnerving thriller to come since ‘Manhunter’ rocked our world. With terrific performances, a deviant plot and enough twists to take your head off, get read for a disturbing journey to discover the answer to the question: Just what is…The Treatment?
Perhaps your only chance to see this modern gem on the big screen, do not miss the opening night of Dukefest! Tickets on sale here.

Building on the success of last year’s celebration of all things VHS , The Duke is all poised to unleashed another round of madness upon the demanding public.

First, a bonus presentation where we take you back….all the way back to the slightly downtrodden but magical public tv studios of New York of the 1980’s.

Meet Frank Masi and his motley crew of hopefuls for fame in Stairway to Stardom: A talent show filled with some of the most mind-boggling acts that the world never got to see.

Then we start our VHS craze by lowering you into the depths of British sleaze:

Private Spy: The Full Expose will introduce you the most shocking, outrageous form of VHS journalism you never knew existed!

And finally the main event of the evening The Great VHS Experiment: Rewind!
Having spent the year gathering yet another bunch of VHS tapes, we are ready to give you the chance to discover what’s on them!

Things happen when you wear…Eleganza.

Perhaps the truest words ever spoken by any company, join us as The Duke takes you deep into the world of 70s fashion where outrageous outfits meets mind boggling advertising. This is the official launch of the Eleganza fanzine and there will be free copies for all to take the magic home as Duke takes you through its most brilliant story!

Then, Night Of The Found Footage: a 100 % brand new show put together bit by bit by our resident master Alex Kidd. Nothing CAN  prepare you for the clips you’re about to see and suffice it to say you’ll never look at Hull the same way again!

Finally we unleash what the world has to offer with the results of our Found Footage WorldWide search.

The Duke’s friends, companions and fans all across the world have submitted clips for us to view as well as what our audience members may bring so prepare for a night of mayhem as curated by our audience unlike any other before!

Photophobic Zano, arrives in the big city for the very first time. The year is 1984 and Athens beckons. A vampire and a fine dancer, Zano quickly gets devoured by the dark underbelly of the capital city. All he really wants is a ‘warm’ girl but what he finds instead is a sinister conspiracy which threatens to engulf him and all those around into perpetual darkness…
For the closing night, DukeFest is proud to presen the UK PREMIERE of ‘Norway’ – a one of a kind film from director Yannis Veslemes.
A brilliant mixture of disco, vampires, gin and brilliant synth music, Norway is a doorway into a world of bizarre unlike anything seen before! After wooing the audiences at Fantastic Fest and BeyondFest, Zeno is ready to make his entrance into London in true Duke style! Grab your tickets now!